Fix Her Up by Tessa Bailey: A Review 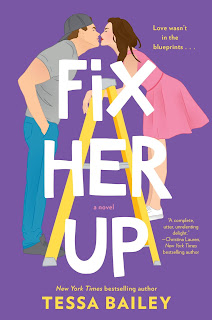 Overall I thought this was okay. I thought Georgie was the cutest lead character which just made it glaringly obvious how horrible everyone else was.

Because they were horrible. I wanted to enter the world of this book and take a baseball bat to their knees. Georgie deserved so much better.

First star off is for the family. Good grief, they were horrible/despicable/insert similar adjective here. Dismissive in such a way that I honestly wondered why Georgie even bothered to still communicate with them. The worst was her brother Stephen, who over the course of the story has several plot points involving him that made me want to throttle him. He forgot about a brunch that Georgie wanted him and his wife to attend but the point that bothers him is not that he hurt his sister's feelings by being a jerk; what bothers him is that Travis, Georgie's love interest, was the only one to show up and was therefore alone with his baby sister. He finds out their other sister, Bethany, wants to be more involved with the actual construction part of the family business and he not only denies her the chance to try but he also makes it so that Bethany can't do her own jobs outside the company so she can prove to her darn family that she can do the job. But the real kicker was at the end, where Stephen runs to Georgie and helps to break her heart after he misunderstands something he overheard Travis saying at a bar. Given that Stephen and Travis were supposed to be best friends and he should have been able to use context clues to help figure out why certain words were said, this last straw just made it seem like Stephen sincerely wanted everyone to fail, even if he had to make it happen himself. He was like this the whole book. It's hard to forgive a character when their every move proves they suck.

Second star off for the combination of bad nicknames and the constant referring to Georgie as a child. The name "Two Bats" for Travis was ridiculous, worse still the fact that this was both revealed and then explained in detail within the first few pages of the book. Not charming and maybe also too much info too soon for hooking me in for the romance. Then there was the fact that Travis calls Georgie "baby girl", a nickname that was just wrong to me. You guys see the cat in my profile picture? Her name is Lydia and she is my spoiled princess/dragon monster and I call that little creature "baby girl" on a daily basis. The fact that a grown man decides to call the woman that he is interested in "baby girl" when she is actually a 23-year-old woman and not a "girl child" or even an "awkward kid" like the book actually stated at different points, just makes the wrong emphasis for me. It's not endearing and it bugged me that Georgie seemed to love the nickname so much. There also was the fact that Travis stood up for Georgie at a family dinner where everyone in attendance had a hand in undermining Georgie, treating her like a kid that needs to keep quiet while the "adults" are speaking and I am just confused. Why couldn't he call her something else? He is basically saying, "They can't treat you like a baby, baby," and it does not make any sense to me in the long run.

Now for the final star off. When you throw in the fact that Travis only paid Georgie better attention after she changed her wardobe, cut her hair, and got another well-meaning man to ask her out, it all just goes meh to me. I am not a fan of love interests who had a chance to make a move and only act on their feelings after someone else has taken a chance. The truth was that Travis was the childish one and if he cared, he would have tried to fight fairly for a chance with Georgie, not manipulate her into choosing him. Unfair in so many ways.

In the end, the story is not the wonderful, heartwarming romance I thought I was in for when I opened the book. But I did love Georgie and I want Bethany to succeed and I want Rosie to get her dream restaurant so I guess I'm in for book 2 to see if those women get what they want.

Rating on my Blog Scale: Still 2 stars. I look at this book cover and turn away to find something else on the shelf whenever I see it in stores.

To continue though, I did read Book 2, the one about Rosie and her restaurant.

So color me baffled that I would rate book 3, the one about Bethany, 7.5 stars on my rating scale. I'm even keeping it on my list of paperbacks to eventually add to my insanely huge library. I was quietly charmed by the events of the book and I'm still surprised that I liked it so much. Enough that it will get its own review soon. 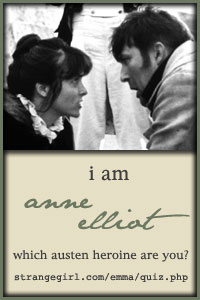